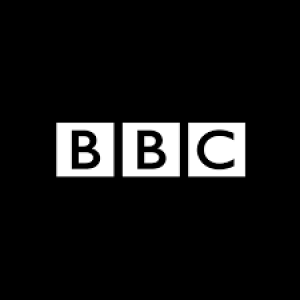 International investors looking to exploit opportunities in Iran have been meeting for the first time in concert since the country’s 1979 revolution.

Hundreds of people gathered at The 1st Europe-Iran Forum in London to hear from the likes of former foreign secretary Jack Straw and meet members of Iran’s top business families.

The country has seen a lot of changes in the last 18 months: the election of President Hassan Rouhani; a rapprochement with the West; and a temporary easing of sanctions.

His company manages 90% of the foreign funds invested on the Tehran Stock Exchange.

“If you compare Turkey and Iran, they both have populations of around 80 million people,” Mr Rabii said. “60% of the Istanbul Stock Exchange is owned by foreigners. In Iran, it is less than half of 1%.”

Sanctions imposed on the country were eased as an incentive during talks about Iran’s nuclear programme. However, unless a full deal is reached by 24 November the sanctions will be reinstated.

The deadline is already an extension of an earlier one agreed in summer. Many at the event are hopeful but doubt a full deal will be reached in time.

Another “roll over” may well be on the cards.

So, is it premature to be inviting foreigners to invest in the country when the door could be slammed shut in a little over a month?

“Businesses are drawing up plans for how they would re-engage with the Iranian market, contingent on an opening.”

Even so, Iran is a long way from being truly open yet.

Many of those attending the event were unwilling to talk to journalists. A few participants who had flown in from Tehran to showcase their companies said that the “risks are too high”.

Faranak Askari is a rare female entrepreneur at the conference and founder of online travel agent Toiran.com

Raised in Canada, she has returned to Tehran. She acknowledges the difficulties of doing business but is keen to point out the potential for growth, and that every problem creates an opportunity for another entrepreneur.

“It’s good in a way, and it’s difficult and challenging in another,” Ms Askari said.

“It’s good in that there is only us doing this business, but unfortunately we cannot find enough sources to get good information. We have to travel city-by-city.”

She also notes that Iran’s internet is slow and making payments is difficult because of financial restrictions imposed by international banks.

Many Iranians at the forum hope that improved relations between themselves and the rest of the world can help ease these banking problems.

Amir Ali Amiri is a partner at ACL, a family conglomerate selling a wide range of goods, from Renault trucks to consumer electronics.

“Overall, six months down from these interim agreements, little has happened that is visible to your average businessman in Iran,” Mr Amiri said.

“We’re seeing a surge in interest and we’ve hosted over 65 potential investors over the last nine months in Tehran,” he says.

“These visits are not translating into investment yet because of the issues with the sanctions and also the issues of getting money into the country.”

So, for people on the streets – those outside the business community – is life improving?

“We’re seeing signs that things are – I shouldn’t use the word better – but not getting worse at the same pace,” Mr Rabii said.

“Within 12 months in office the new administration has been able to bring inflation down from 45% to 15%. I think that is nothing short of a miracle.”

For all the difficulties, everyone at the conference seems optimistic.

And the conference venue shows just how engaged entrepreneurs are with the idea of investing in Iran.

In the main hall at London’s Grosvenor Square Hotel the room is half the size of a football pitch and filled with row upon row of seats. There isn’t a single chair untaken.

“There is a lot of hope, since the election of Mr Rouhani’s administration,” Mr Amiri says. “There has been a ground change in dialogue surrounding Iran.”

“I think it’s cautious optimism,” he said. “If I want to talk relative to what it was 18 months ago, morale is very high.”