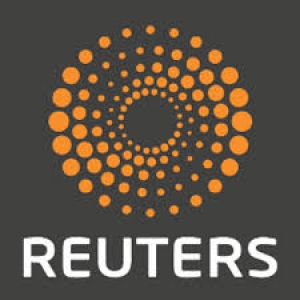 Fund-raising for the ETF is to start on Tuesday and last two weeks; Turquoise expects to raise a minimum seed investment of $3 million and to see the size grow over time because the fund is an open-ended product.

Jan 26 (Reuters) – Turquoise Partners, a Tehran-based investment firm, said it planned to launch Iran’s first exchange-traded fund tracking a stock market index, ahead of the possible lifting of international sanctions on the country.

ETFs are portfolios of stocks that track a market – Turquoise’s product will mimic the Tehran Stock Exchange’s TSE 30 index of the 30 biggest blue chips. Since they involve low management costs and trade on exchanges, ETFs can give foreign investors a cheap, convenient route into frontier markets.

The sanctions, imposed over Iran‘s disputed nuclear programme, have blocked most flows of foreign money into Iran. This has made the Tehran bourse, with a capitalisation of $106 billion at the official exchange rate, one of the last big, unexploited opportunities for global portfolio investors.

The sanctions could be lifted, allowing fund inflows to resume, if Tehran reaches a nuclear deal in talks with world powers by a mid-2015 deadline.

Turquoise, founded in 2005, bills itself as the main manager for the small amounts of foreign portfolio money that remain in Iran; it says it has about $70 million of foreign money and $130 million of local funds under management.

Firouzeh Asia Brokerage, an arm of Turquoise, has obtained a licence for the ETF from Iranian regulators and will list the fund on the country’s main market, Turquoise said on Monday.

Fund-raising for the ETF is to start on Tuesday and last two weeks; Turquoise expects to raise a minimum seed investment of $3 million and to see the size grow over time because the fund is an open-ended product.

Although foreigners can theoretically invest immediately, it expects the initial money to be raised from local investors. Novin Investment Bank will act as market-maker for the ETF, buying and selling stocks so it can track the index accurately.

The sanctions, domestic political and policy shifts, and speculative trading have made the Iranian market very volatile. The market’s total return index soared about seven-fold in the four years to January 2014 but has since tumbled 27 percent as authorities have tightened monetary and fiscal policy. (Reporting by Andrew Torchia; Editing by Olzhas Auyezov)