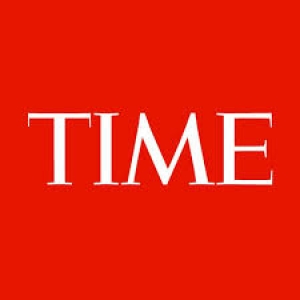 Tehran became Pirouz’s principal home. He set up an investment fund, Turquoise Partners (in time for a bull run on the Iranian stock market that lasted several years), and then devoted his energy to his pet project, the Iranian Business School (IBS), conceived in 2007.

LONDON — Rouzbeh Pirouz can still hear the raised voices, the sobbing. There was a list at Tehran airport. If you were on it you could not leave. Aged 7, he passed through the controls, after his mother. His father, a prominent businessman, did not follow. Agents of the newly birthed Islamic Republic stopped him, demanding that he provide an accounting of his activities under the shah. “Go without me!” he insisted. “Never!” Rouzbeh’s mother screamed. Over the head of the small boy, disabled by a neuro-muscular condition, a parental argument raged. They left in tears, without his father. It was 1980, a year after the Iranian revolution, the turning point in his life, the line of fracture. Everything changed.

Vancouver, a quiet place on the western edge of Canada’s vastness, became his home. His family, once no more than a few Tehran blocks apart, was scattered across North America and Europe. The family holdings — orange groves, a mine, property — were expropriated. His father handed over a pile of cash to the enforcers of Ayatollah Khomeini’s theocracy — and was allowed to go. He insisted that Farsi be spoken at home. His language, at least, they could not take from him. It was a link. But Iran was little more than an abstraction to the young Pirouz, a faraway country. “It was the place I’d left,” he says, “and would never go back to.” He went to Stanford, then on to Harvard’s Kennedy School, then to Oxford with a Rhodes scholarship. He imagined for himself a comfortable North American life.

Ayatollah Khomeini globalized Iranians. They were thrust, like Pirouz, from their family circles. The dispersal was painful. The culture, habits and landscape of Iran lay too deep in the new exiles to be completely erased. They adapted, were often successful, and acquired a worldly sophistication. Some ventured back, yielding over time to the tug of memory, whether personal or transmitted. They stayed a few days, or weeks, or perhaps longer, and discovered a country full of vitality, somehow familiar, yet isolated and repressive. The revolution sent Iranians into the world but severed Iran from it. Diaspora and homeland diverged. For those who had fled the Islamic Republic it was very difficult, if not impossible, to connect their new lives to the old.

Such connection, if established, could be a game changer in these troubled times of fracture, doldrums and beheadings. Iran, 35 years after the birth of the Islamic Republic, is the great outlier of the global economy, the last sizeable emerging market to stand apart from integration. Iran’s economy, despite sanctions and isolation, is one of the world’s 20 biggest; its gas reserves are the world’s second-largest. “It will make a gigantic difference when an economy this size joins the world, with implications for both Western and Asian economic interaction,” said Hamid Biglari, who left Iran in 1977 to study in the United States and went on to become the vice chairman of Citicorp, before setting up his own investment company. “A black hole will be connected to the rest of the universe.”

That is the objective for which Pirouz now works. Iran surfaced in his psyche out of nowhere. He was at Oxford, casting around for a subject for his doctorate. A professor suggested Iran; the idea was tempting enough to coax him back to the scene of childhood trauma. On arrival in Tehran he looked around and for the first time in his adult life saw a lot of people who looked like him. His home was gone, yet some sense of comfort remained. Nowhere else felt quite as familiar. Then chance intervened: a fellow Oxford student’s idea for an Internet business, the heady late 90’s dotcom madness, the herd instinct of people plowing money into the company, a timely sale before the crash. The head of his Oxford college, Sir Keith Thomas, thought Pirouz was mad to give up his doctorate for digital shenanigans. “For God’s sake,” he said, “surely you can get a deputy to do this for you!” But Pirouz made the right call. Not yet 30, he found himself with enough to be very comfortable and acquire an office in Mayfair.

He was quickly bored. Money rained down on central London as if a helicopter had unloaded buckets of the stuff. There were thousands of people like him; in Iran there would be very few. When he talked of his itch to go back, friends said he was crazy. His parents were desperately worried; this would end in tears. London attracts global money because there’s the rule of law. In the Islamic Republic, one could disappear into a building with no address, no name, no marking on the door, and sit facing a wall while the same questions and accusations were repeated week after week. The risk was always there.

But the opportunity to do something meaningful, to change ways of thinking in a country where some 60 percent of the population is under 30, was huge. Conspiracy theories are fundamentally paralyzing because their message is that whatever you do, it will not make a difference. Iran, with its history of periodic domination by outside powers, was awash in them. “Iranians never subscribe to the face-value theory of analysis,” Pirouz says. “It might help them if they did.” He decided to invest in the country and its youth to demonstrate that change was possible.

Tehran became Pirouz’s principal home. He set up an investment fund, Turquoise Partners (in time for a bull run on the Iranian stock market that lasted several years), and then devoted his energy to his pet project, the Iranian Business School (IBS), conceived in 2007. Iranians, he had found, are good traders but poor managers. Inefficiency is rife in a bloated state sector. Engineers are given management jobs without having any idea how to manage. Knowledge of the global economy and best practices is scarce. In all, the need for knowledge of advanced business management concepts in a country isolated for 35 years was patent.

So the school, loosely modeled on the Indian School of Business in Hyderabad, and the China Europe International Business School in Shanghai, made sense. As with India and China it could help, at the right moment, to propel Iran into the global economy. Classes, which started in 2010, offer postgraduate training to future business leaders; hundreds of Iranian men and women have already attended. A significant expansion is now underway. On Oct. 4, 2013, the school received an Office of Foreign Assets Control license from the U.S. government, allowing it to raise money as a charity in the United States, bring American faculty to teach in Tehran and pay them. It is a bridge where very few exist.

“The school will help raise awareness within the Iranian-American business community and open avenues for them to contribute,” Biglari, who chairs the American board of IBS, said. To Pirouz, such connections are critical. They could constitute a turning point. He has always believed that isolating Iran only serves the hard-liners in the end. Sanctions have hurt Iran but you can find the latest iPhone in Tehran at a price: Cartels aligned with the Revolutionary guards grow fabulously wealthy smuggling from Dubai. “An Iran integrated in the global economy, with a growing private sector, will be good for Iran and the world,” Pirouz says. He is committed for the long-term. Haste, goes an Iranian saying, is the devil’s work.

There is an enormous amount to be done. Mismanagement has been the curse of Iran. Banks, obliged to make nonperforming loans to state companies, are largely insolvent. A privatization program was bungled. There are water shortages. The Internet goes out all the time. The nuclear program, the object of the overwhelming bulk of attention paid to Iran, has itself been a colossal exercise in mismanagement, whatever else it may be: The cost of generating electricity from the nuclear facility at Bushehr has been beyond astronomical. A young population is frustrated, tired of Iran’s pariah status, and eager to join the world, as President Hassan Rouhani has promised it will.

This is a world, increasingly, of surface conflict and hidden connection. Of course, in the event of global war, the former will crush the latter. Short of that, it is important to see events on two levels — the confrontations between states and the cooperation between citizens empowered by technology and often, in this age of massive migrant flows, tied by family across continents. Pirouz is one such active citizen.

The Iran debate is always framed in the context of confrontation. Entire cottage industries deploy themselves with ardor to fan conflict. But Iran’s isolation serves nobody. There are real strategic differences between the Islamic Republic and the West that may still frustrate attempts to move beyond the nuclear issue and begin a process of fruitful reintegration. These ideological differences, however, are no greater than those between China and the United States at the time of the Shanghai Communiqué of 1972. It is this belief — in the benefit of connection and the sterility of separation — that has prodded Pirouz into an unlikely return. In the right circumstances, many in the diaspora could follow. Individuals can still defeat entrenched interests and lobbies, good sense prevail over the shallow cacophony.

“Did I come home? Not exactly,” Pirouz says. “The world of my childhood is gone. But I discovered in myself a great yearning for Iran that I did not want to sacrifice to assimilation.” Even his father now spends time in the country that took everything from him. It is, despite everything, his. What remains, for the completion of this story of full circles, is for Iran to return to the world. It is past time.